Wroclaw is the leader of the startup market in Poland. Check latest Startup Poland Foundation report!

The most awaited publication of the Polish ecosystem is created on the basis of research and information of several hundred respondents and analysis of startup industry experts. Wroclaw and Lower Silesia have special reasons to be happy this year, because it is here that the largest number of technological companies in Poland are registered. Get acquainted with the latest report "Polish Startups 2022", the premiere of which was held for the first time in Wroclaw

On Friday, December 9, the most anticipated publication of the Polish startup industry, the latest “Polish Startups 2022” report, was presented at Google’s headquarters in Wroclaw. The organizers of the meeting chose the venue not by accident. Wroclaw and Lower Silesia have special reasons to be happy this year, because it is here that the largest number of technological companies in Poland are registered.

“Wroclaw has been working for years to become the startup capital of Poland. Successive editions of our “Polish Startups” report indicate that the startup ecosystem is doing very well here – the Lower Silesia region leads the way when it comes to the number of innovative companies. There is also the most recent Dealroom.co ranking – the authors analyzed 201 cities from 65 countries and selected those where innovation is developing most efficiently. Wroclaw ranked eighth in the “Rising Stars” category and ahead of Warsaw, which landed at eleventh. Let the premiere of the eighth edition of “Polish Startups” – which we are organizing for the first time in Wroclaw, and not in Warsaw as before – will be further proof that startups feel comfortable in Wroclaw.”
– Tomasz Snażyk, CEO of Startup Poland.

“The report shows that Wroclaw and the Lower Silesia region are ahead of the capital and Mazovia. It’s not about who is first and who is last. What is important is that Wroclaw is successively consolidating its strong leadership position in the entire startup ecosystem. A leader building an innovative society in economy or culture. This results in an inflow of various sources of funding and thus work.”
– Jakub Mazur, Deputy Mayor of Wroclaw.

Wroclaw’s high position in the startup ecosystem is confirmed by yet another recent ranking. Wroclaw topped Polish cities in the category of rising stars of technology hubs in the just published report “The next generation of tech ecosystems” prepared by Dealroom. The capital of Lower Silesia ranked second in Europe and eighth in the world in this category, a clear indication that it is a great place to set up startups and develop innovation.

“This confirms that we can feel like a leader, and shows that Poland as a place for startup development is getting more and more attention. This is extremely important especially now, when investors are quite cautious about investing in startups. We especially see this by looking at the stalling of funding for startups in the US market. In Poland, this market is still stable.”
– says Magdalena Okulowska, president of the board of the Wroclaw Agglomeration Development Agency S.A

The map of Polish startups, financing, investment, consequences of global crises and foreign expansion – these and other questions are answered in this year’s edition of the Startup Poland Foundation’s cyclical report, “Polish Startups 2022.”

Tomasz Snażyk, president of the Startup Poland Foundation, stresses that the latest, eighth edition of the report is another one that is being produced at a time of crisis, or rather several simultaneous crises.

Magdalena Okulowska, president of the board of the Wroclaw Agglomeration Development Agency S.A., points out that the Polish ecosystem, however, for the most part does not evaluate recent years negatively, and the potential inherent in startups, their flexibility and creativity, have led not only to the acquisition of new customers and a noticeable increase in sales, but also, importantly, to the retention of employed staff.

“In many industries related to product digitization, e-commerce and health care, a number of interesting projects have emerged, and the market for technology startups has definitely grown. The profitability of businesses relative to their innovation was in the background, as reflected in many spectacular and record-breaking VC deals. Examples of positive use of the crisis are well-known Wroclaw companies: Infermedica, Alphamoon, Bioceltix, CUX, PayEye, Brand24, Biotts, Vue Storefront or SatRev.”–  adds Magdalena Okulowska.

Michał Kramarz, director of Google for Startups in Central and Eastern Europe, evaluating the past months, stresses that it has been a challenging year.

“The war in Ukraine and the economic situation are not conducive to making capital cheaper and easier to raise. So it’s been a year that requires rethinking both the approach to business, investing and growing a company. On the other hand, I think it will force startup founders to work on being even more efficient.”
– Michał Kramarz, director of Google for Startups in Central and Eastern Europe

Read also: TOP 10 Wroclaw startups. This is just the tip of the mountain of Wrocław’s startup ecosystem. We selected these representatives because of their great innovation and already high recognition in Europe and the world.

The report answers the question of which region of Poland can be described as the “Polish Silicon Valley.” Two provinces definitely come out on top when it comes to the number of registered startups – the largest number (21 percent) is in Lower Silesia, with Mazovia taking the second place. Thus, Wroclaw and Warsaw are the two main centers chosen by domestic startups. The third place is occupied by the Lesser Poland Voivodeship (Krakow) – every tenth entity questioned was registered there. The promotion of Wroclaw on the startup map of Poland is significant. Last year, Mazovia had 32 percent and Lower Silesia 9 percent.

Map of Polish startups. The domain of 30-year-olds

The structure of the Polish startup market does not change significantly from year to year. Still most of them are young companies, usually with less than four years of experience. Nearly one in three has been operating for three to four years, a similar percentage has been operating for one or two years, and one in five startups interviewed has not yet had a year’s seniority (22 percent). Companies founded as startups, but with a longer history, are relatively few – one in ten is between 5 and 10 years old, and operations lasting more than a decade can boast 7 percent of the surveyed companies.

While last year’s survey showed that there was a slight increase in the number of startups founded by younger people (by 20-year-olds), its latest installment confirms a trend already noted in earlier years – founding a startup is most often the domain of 30-year-olds.

What are our startups best at

The authors of the report highlight that when asked to identify three keywords that best reflect the nature of the main service or product offered, startups most often mentioned AI and machine learning (21 percent), productivity and management (14 percent), analytics – research tools, business intelligence (13 percent), HRtech and HR tools, medtech (both 12 percent), financial services – fintech or insurtech, and big data (10 percent).

Nearly two-thirds of startups pointed to B2B – small and medium-sized companies (up to 250 employees) – as the target group for their services, while another 62 percent pointed to large companies and corporations with more than 250 employees. Individual customers (B2C) are the target group for 35 percent of the startups. Slightly fewer (30 percent) target institutional customers (B2G) – government offices, local governments, schools, universities, hospitals, services, etc.

Sources of funding for startups

Only 7 percent of startups experienced a decline in interest from foreign investors at the time of the survey. A much larger proportion (38 percent) of such a negative trend has not been felt so far. More than one in two startups, however, gave the answer “hard to say.”

Among startups asked what sources of capital they have had the opportunity to use, most, 68 percent, point to bootstrapping, i.e. own funds. A key role in the Polish market is played by domestic VC funds, whose capital was used by 28 percent of the surveyed startups, as well as domestic business angels, who supported one in five startups (22 percent). An identical percentage pointed to funding raised from the National Research and Development Center.

What is holding back the startup market in Poland?

The main barrier to the development of startups in Poland is the problems of acquiring employees, with the rapid increase in the cost of hiring them. This aspect is pointed out by as many as 52 percent of startups. The second barrier that Polish startups most often face is the difficulty of obtaining financing in the next phases of development. This was the answer given by 42 percent of those asked. Less than 30 percent of startups complain about too much bureaucracy when running operations.

In the face of recent crises (black swans), nearly half of Polish startups (49 percent) declare that the cost of doing business has increased significantly. Those who have not seen an increase in costs are 50 percent, while startups in which costs have decreased are a trace amount (only 1 percent of indications). The most common tactic chosen to combat rising business costs is to raise the prices of the products or services offered. Such a move was made by as many as 37 percent of startups. The second most common way for startups to cope with the rising cost of doing business is to reduce advertising and marketing budgets. Nearly one in five startups surveyed was forced to make layoffs (19 percent).

The report shows that last year as many as 78 percent of founders planned to enter foreign markets with their business in the next 12 months. Nearly half of domestic startups are considering moving their business permanently outside Poland, which would also mean moving their headquarters to another country. The vast majority plan to move the company to another country for strictly business reasons. The second most frequently cited reason is the difficulties associated with the Polish Order, which was introduced by the government and subsequently amended several times. 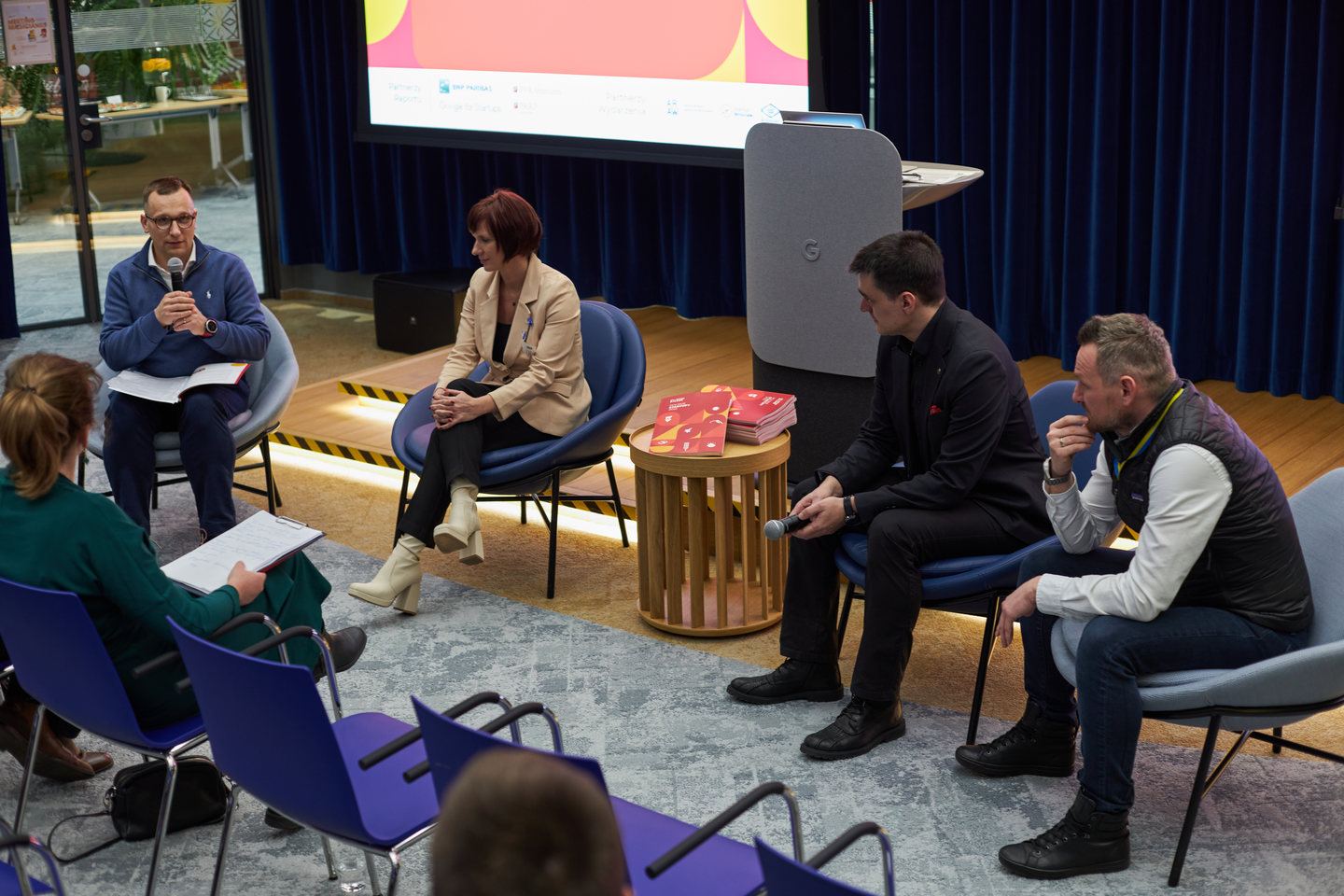 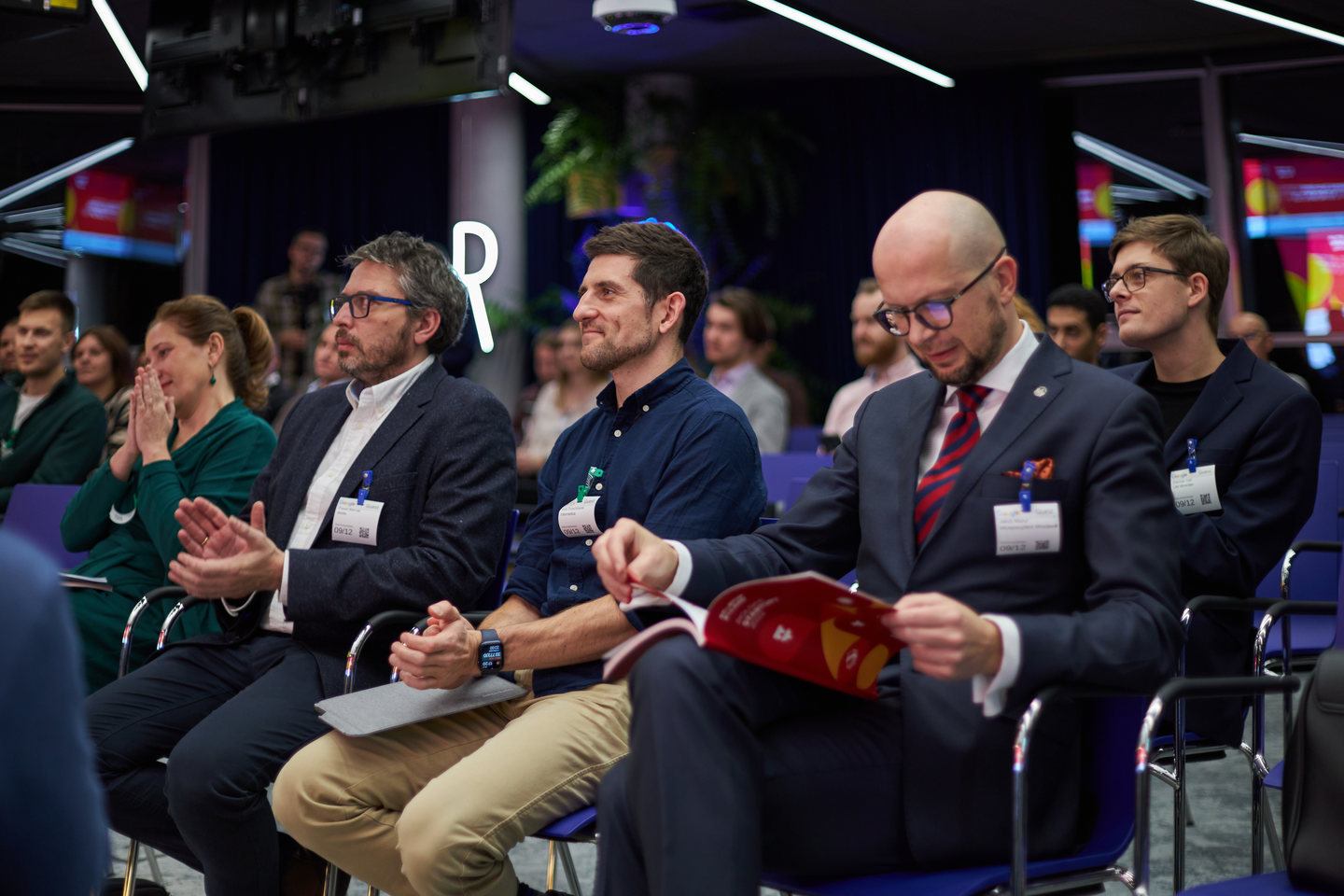 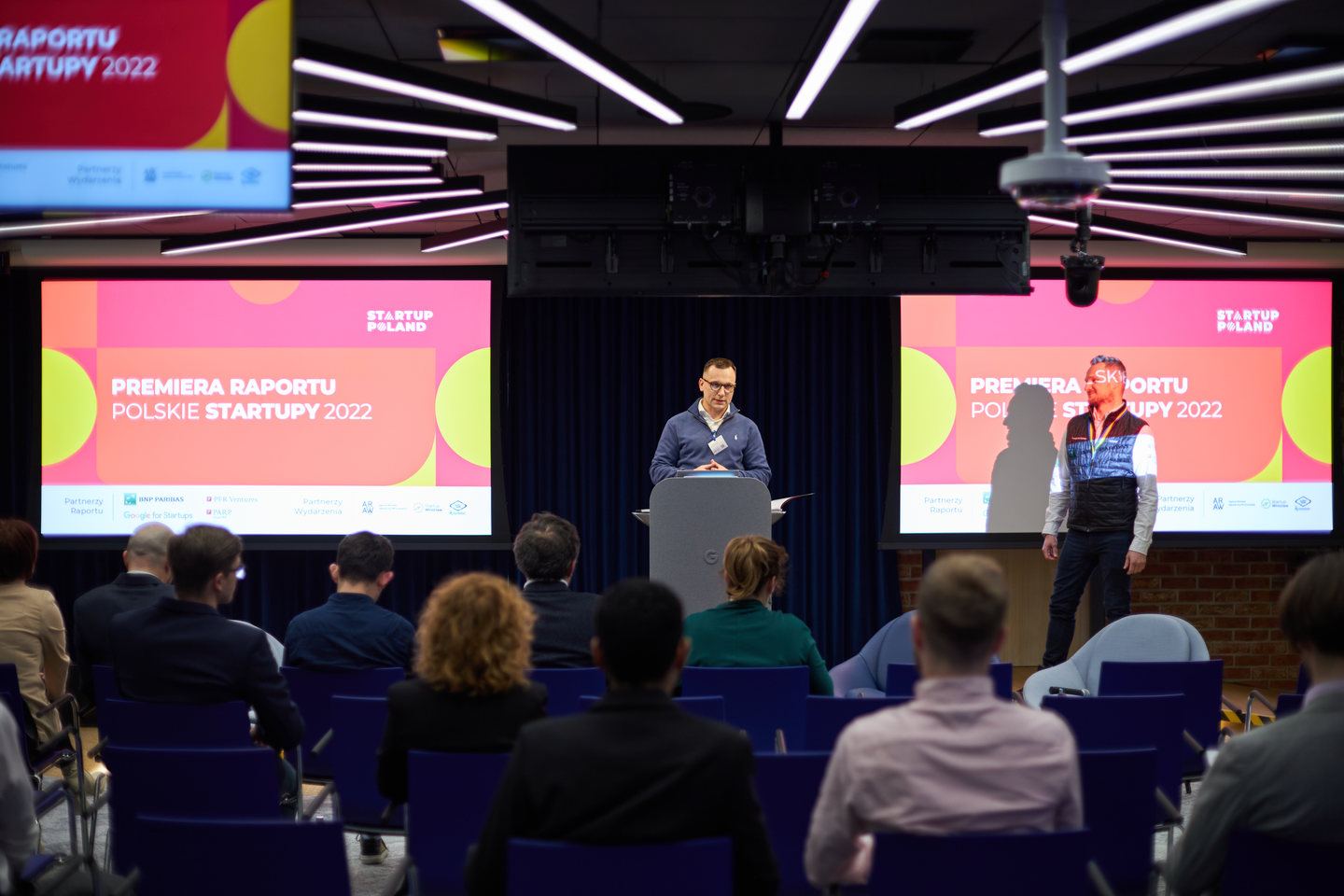 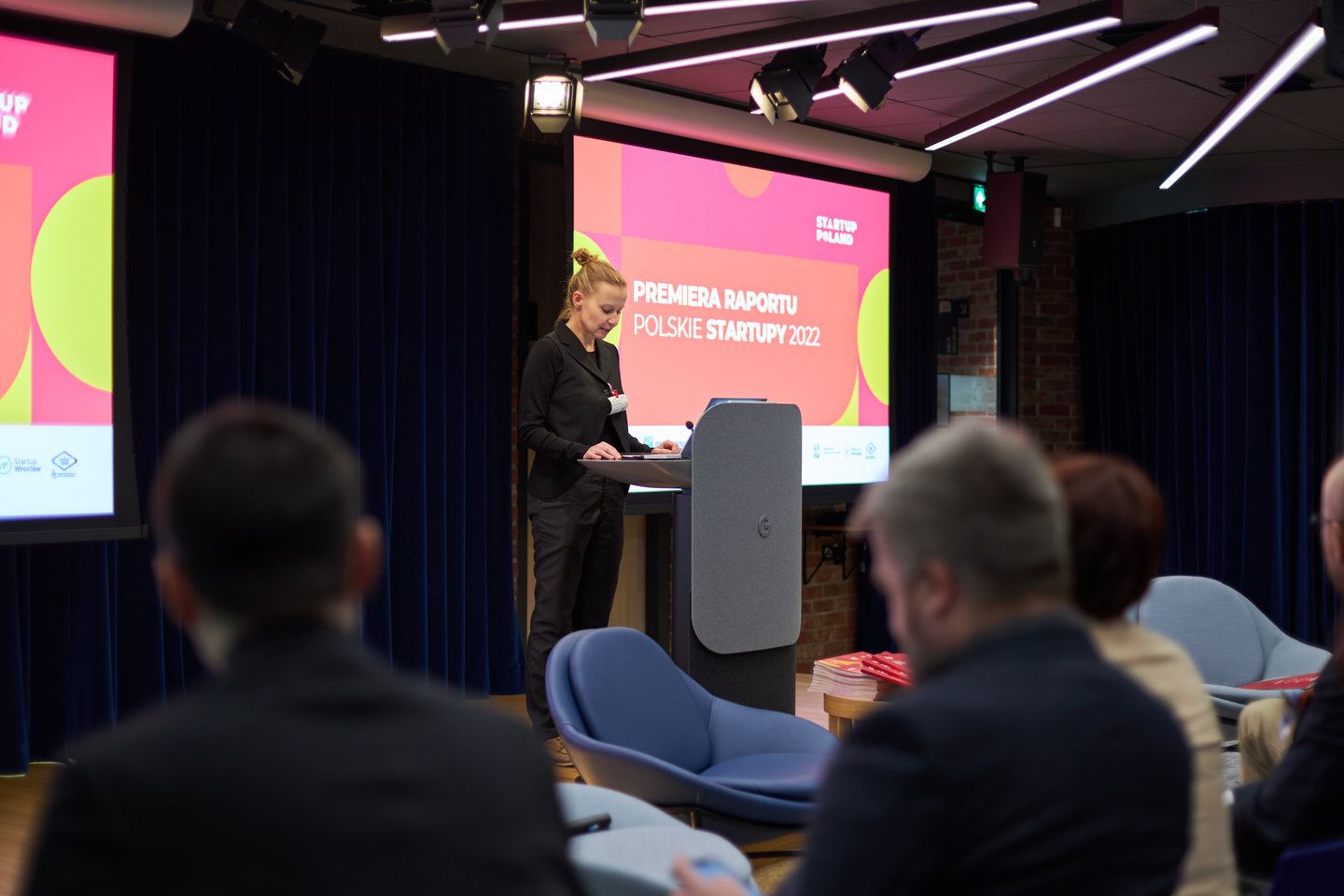 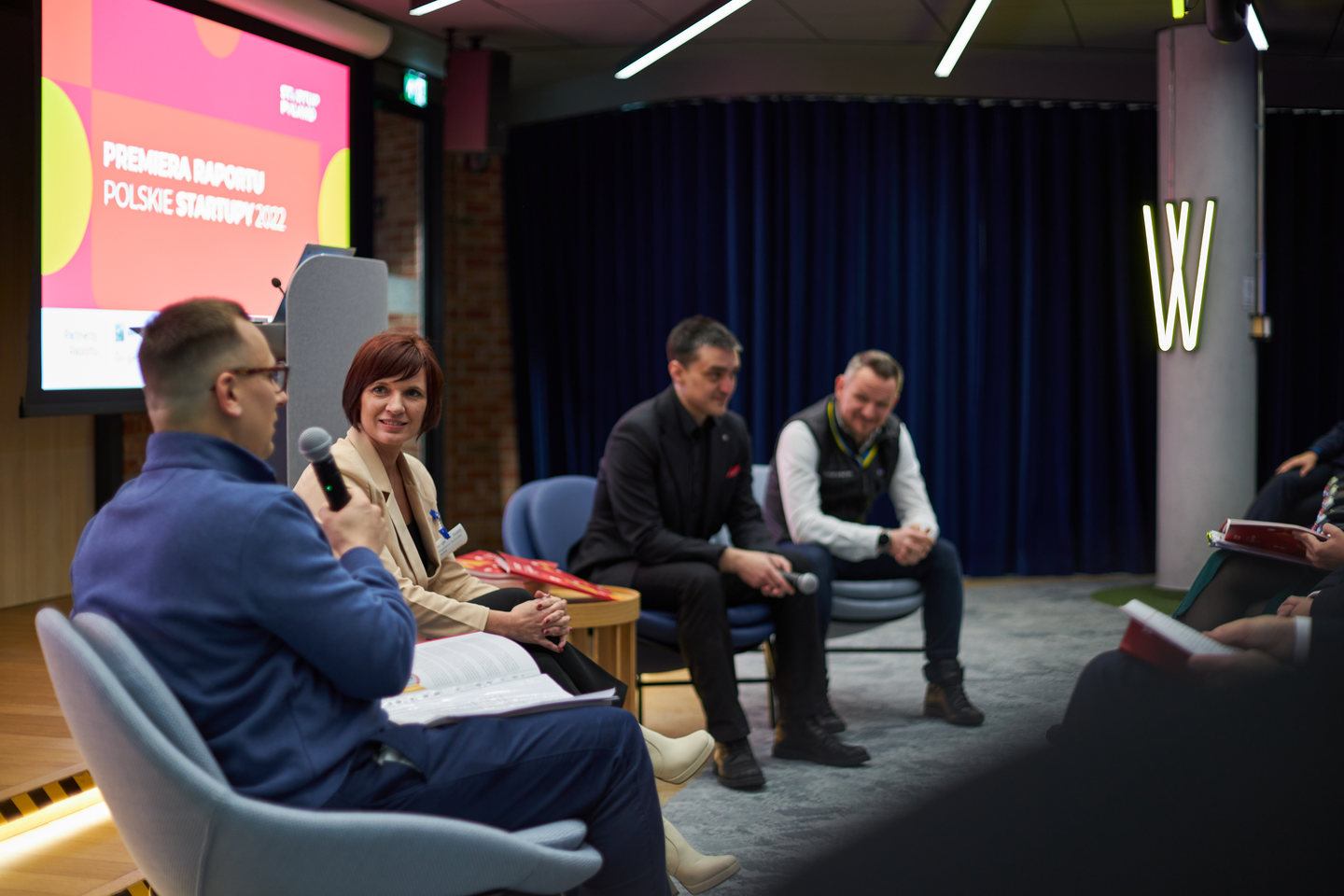 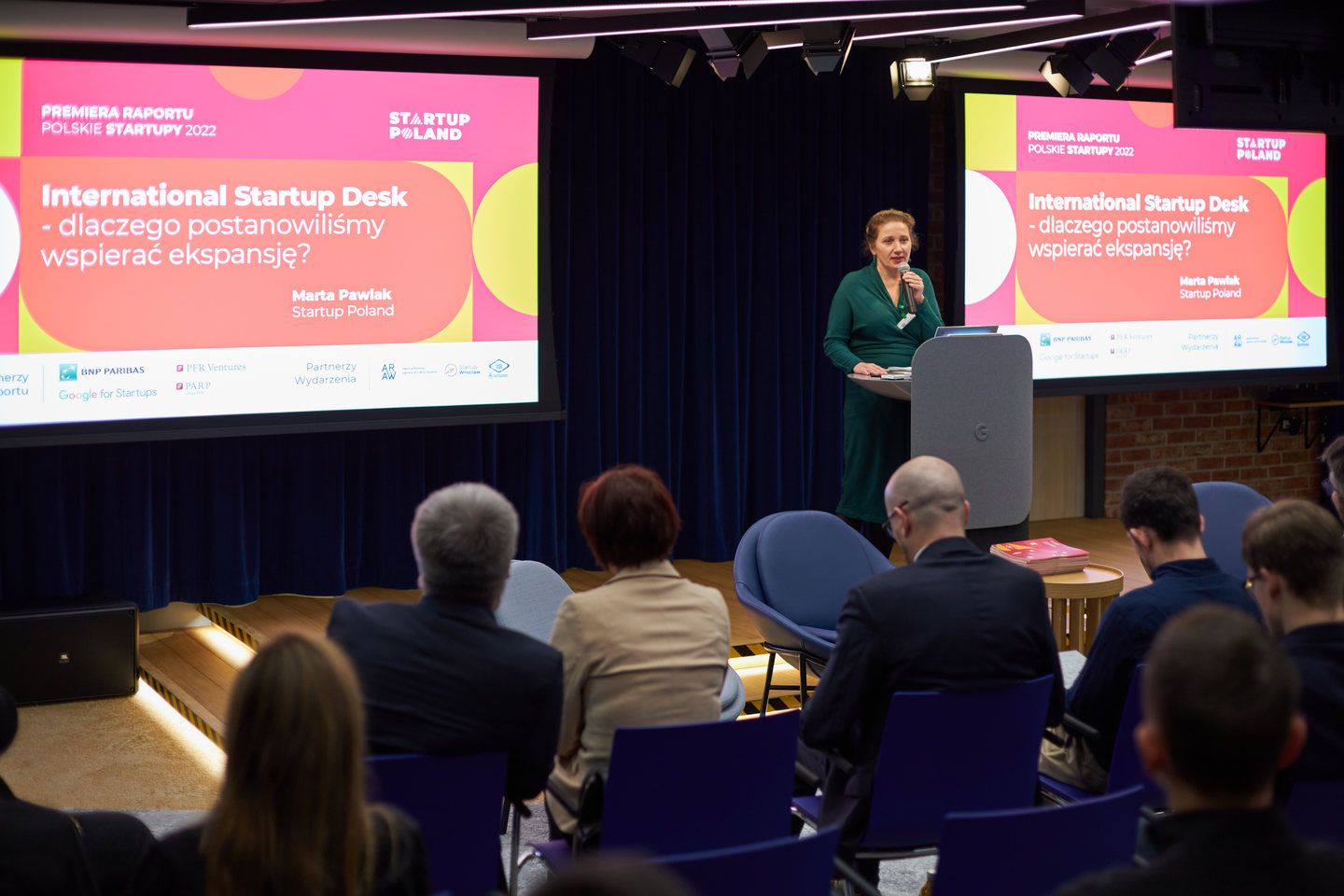 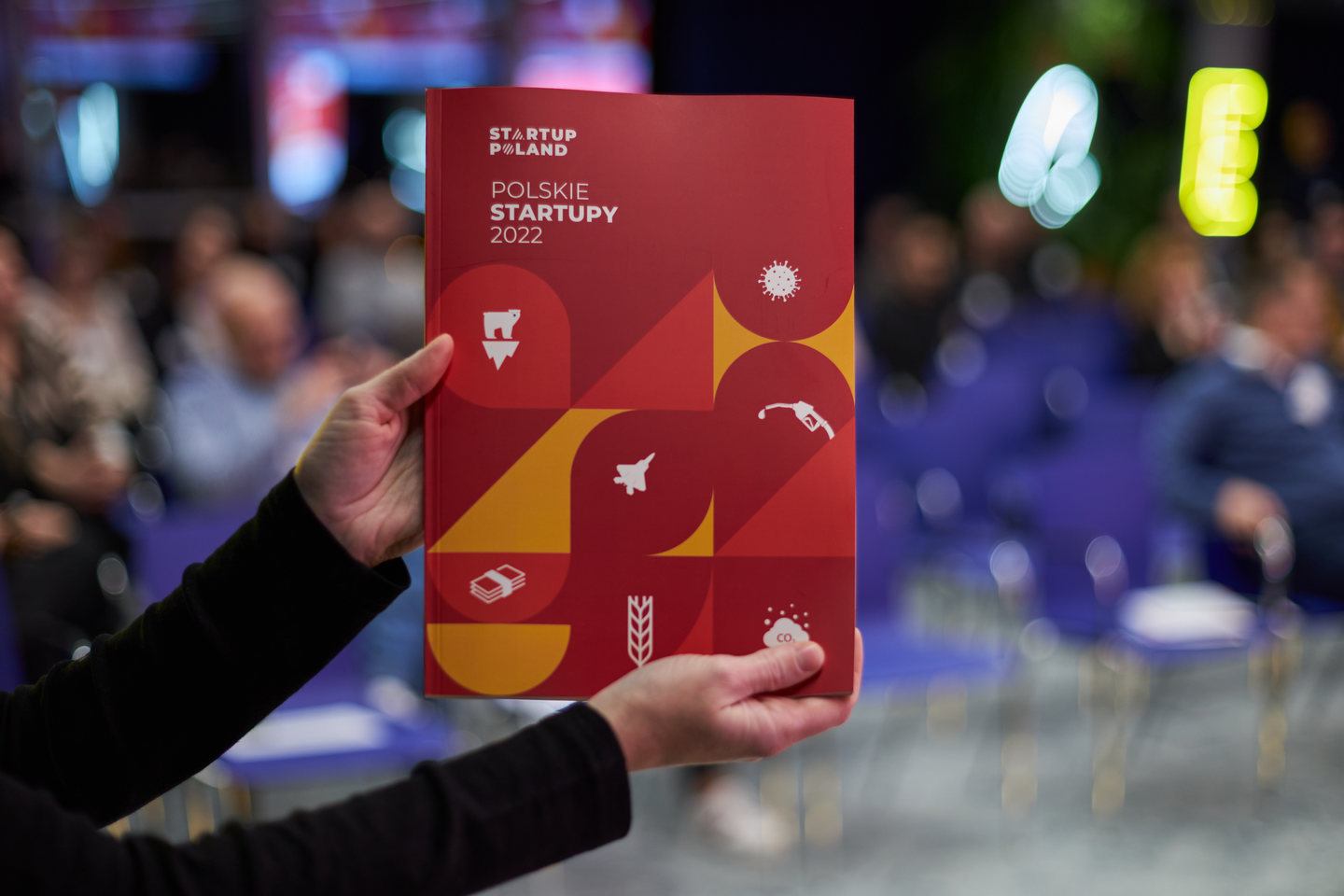 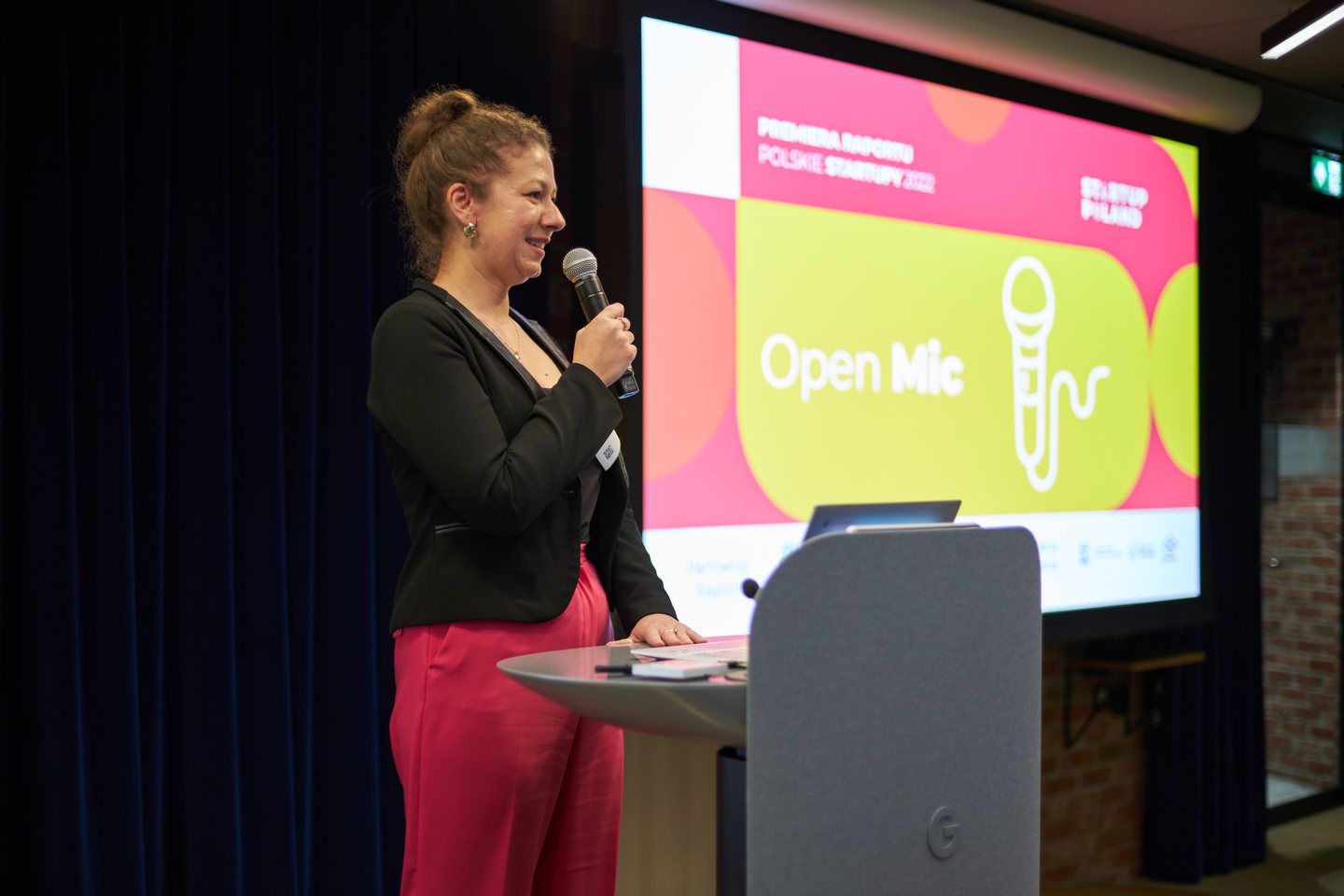 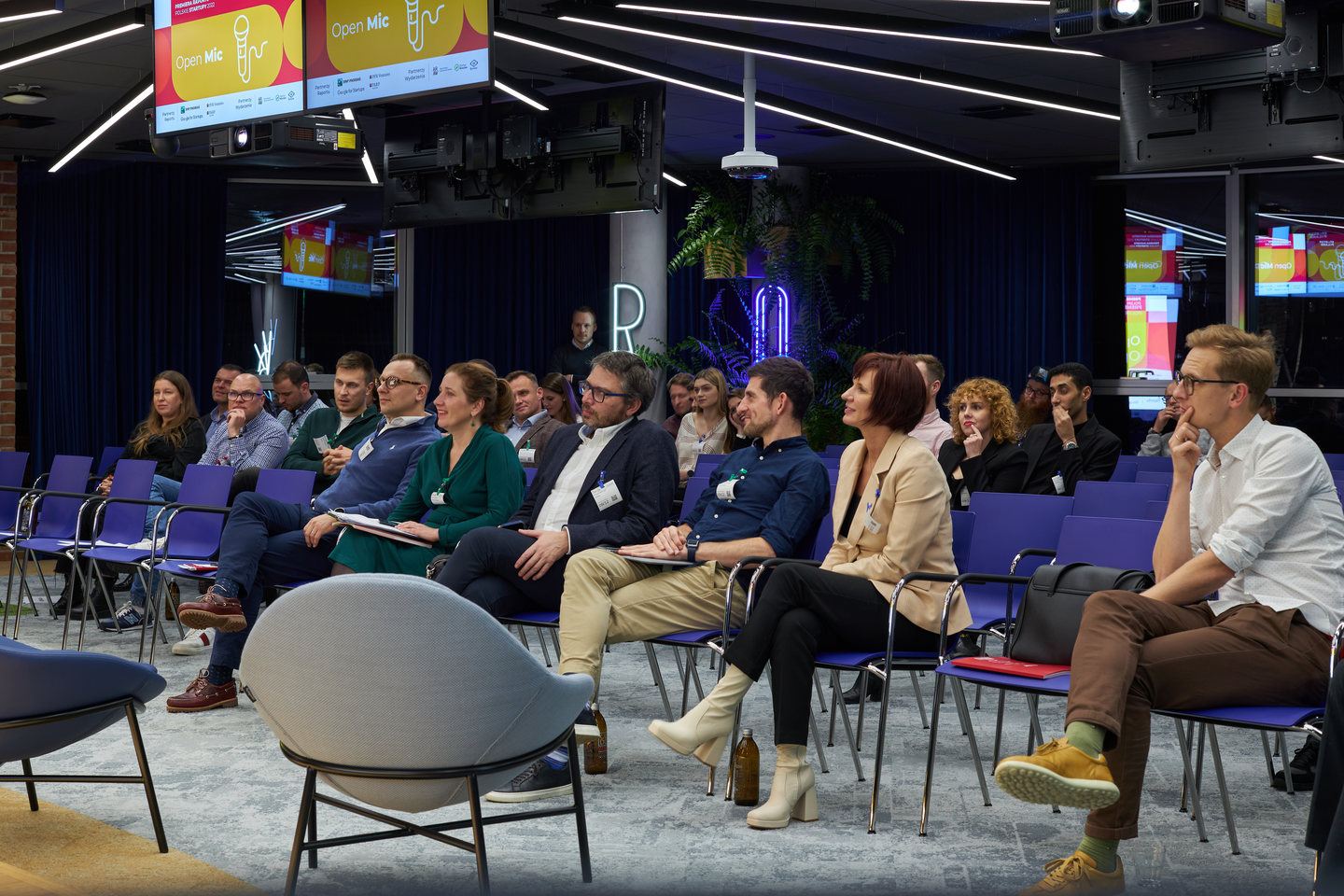